NITAAC details timing, evaluation plans for $40B IT services contract

Technology vendors, sharpen your pencils — the next great governmentwide acquisition contract is weeks away from dropping.

The National Institutes of Health IT Acquisition and Assessment Center (NITAAC) will release the $40 billion CIO-SP4 contract in the next few weeks — mid-to-late March — and award spots to as many as 450 large and small contractors by early 2022.

Brian Goodger, the program manager for CIO-SP4 and acting director of NITAAC, said he expects to receive more than 1,000 bids, which will be due on April 30. 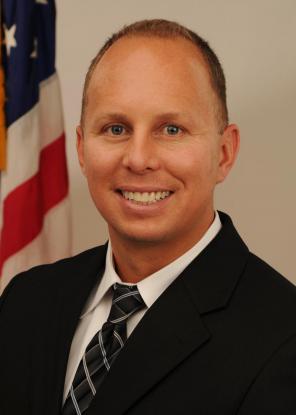 “I think we’ve done a pretty good job over the spring and summer of 2020 getting out to the various groups within industry at all levels of IT and all business sizes. Our feedback tells us that we’re going set a record with the amount of proposals we’re going to receive in terms of competition,” Goodger said in an exclusive interview with Federal News Network. “It’ll be more so than NITAAC has ever previously had in its 20-year existence, and it’ll probably be more so than almost any contract in government, period. So we’ve got our work cut out for us to meet the expectations that we’ve laid out for ourselves and with industry to have an efficient review of the proposals.”

Knowing the popularity of the GWAC and protests could easily delay its roll out, Goodger said NITAAC plans to address any potential complaints as early in the evaluation process as possible.

He said vendors will have to get through a three-phased evaluation gauntlet to earn one of the coveted spots on CIO-SP4.

The first phase requires contractors to fill out a self-scoring sheet that reflects their corporate experience based on the work they’ve done for the government in the past.

Goodger said contractor scores will be based on the dollar value of the contracts that they have previously performed.

That will result in some total score at the bottom of the page out of 10,000 points. It’s important to note that each company based on their business size is competing to get on the GWAC only amongst companies of a similar size. So larges are only going against larges, and smalls are only going against smalls. Each socioeconomic category company is only competing against a company like them. So the line in the sand to move on from phase one to two is going to be different for each business size,” he said. “Phase two is a go, no-go decision. There are mandatory things that are in the RFP and we will check them to make sure that they are all met to advance into phase three. Phase three is a technical proposal review, as well as a business proposal review. The technical proposal review consists of 10 pages. It is specifically five pages about task area one, which is the health IT and it’s, of course, our niche, and a management plan, meaning how are you going to manage a contract of this size and scope associated with the GWAC as well as if you have any type of business arrangement if you’re in a contractor teaming arrangement, or a sub or in a mentor-protégé relationship. You’re going to discuss how that’s working and who the people are, who the lead is.”

NITAAC also will look at bidders’ past performance during phase three and pricing of labor categories and any other important documentation.

Goodger said NITAAC decided on the page limits for the technical proposal (10 pages) and business proposal (15 pages) after hearing from industry over the last year at several industry days and other conversations that the requirement for longer proposals were too burdensome.

“The technical proposal will receive an adjunct title score, and then that combined with the past performance and the business proposal will result in a list of apparent successful offerors,” he said. “Because of that phased approach, again, we expect to be able to narrow down the competition so much that there won’t be too many protests at the end. So many companies would have already been eliminated and would have been notified six, nine months prior. We were really optimistic about the phased approach, and specifically about that self-scoring sheet because we’ve had a couple meetings with industry where a couple of companies have recognized that knowing that their score at an early stage might not be good enough to really compete would be good.”

Goodger said he expects most of the protest delays to happen in phases one or two with much less risk of protests in phase three.

Still, NITAAC is padding its schedule to get through the awards and possible protest of CIO-SP4 before CIO-SP3 ends in mid-May 2022.

“Another reason we’ve moved to the phased approach is that although the offerors will submit everything in total upfront. The phased approach allows NITAAC the opportunity to notify them immediately after the conclusion of each phase of whether or not they’ve advanced to the next phase. And in doing so, we will be able to start any protest clock immediately with those that did not make it from phase one to phase two. Likely some of them will protest, but we will work with those protests commensurate with our evaluation in phase two. The evaluation will continue as any protests come in.”

Health IT capabilities most important

Goodger said NITAAC’s evaluation approach is a combination of innovations from other agencies and those that NIH came up with. He said vendors should understand that while price is important, the technical proposal is more important.

“The health IT abilities really takes precedence over business. So we’ve got an opportunity for what’s called best value theorem or trade off analysis, which is we might take someone a contract or an offer or who has a better technical score, which is paramount, even though their business or their numbers might be a little high,” he said. “We give ourselves that ability in our selection procedures to have that opportunity to take really the best of the best. That’s what we want.”

CIO-SP3 continues to be a popular GWAC. Goodger said agency customers obligated almost $5 billion through task orders in fiscal 2020. He said more than 35% of those awards went to small businesses.

Jason Miller is executive editor of Federal News Network and directs news coverage on the people, policy and programs of the federal government. Follow @jmillerWFED