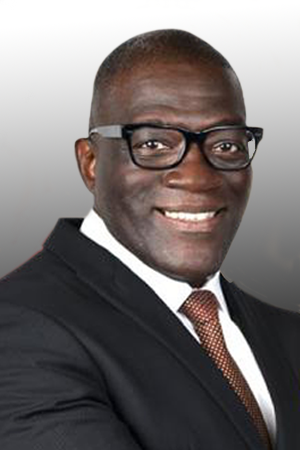 Ricky Clark is the Deputy Director of NITAAC. A United States Navy Veteran, Mr. Clark began his federal contracting career with the 87th Contracting Squadron at Joint Base McGuire-Dix-Lakehurst. Prior to reporting to the National Institutes of Health, Mr. Clark served as the Chief of Acquisition Service for the Government Publishing Office, where he led a cradle to grave contract team that managed the procurement needs of all three branches of the federal government, including U.S. Passports for the Department of State. Mr. Clark also served as a Senior Procurement Analyst at the Department of Veterans Affairs, Office of Acquisition and Logistics Procurement Policy and Warrant Management Division, where he led the agency's largest Integrated Product Team and was responsible for drafting the VA response for the Supreme Court's "Kingdomware" ruling.

Mr. Clark holds a BS in Business and a Master of Business Administration (MBA) from Mississippi College.

Get in touch with NITAAC Support