CIO-SP3 Contract Holder Health Innovation Technology Venture worked with its client, a leading aviation industry company that faced the challenge of capturing feedback and questions on issues including flight paths, noise pollution and environmental impacts and responding to this feedback quickly and consistently.

Enter Auxilium, HIT Venture’s answer for help desks and support teams having to search and gather answers manually. The name Auxilium is Latin for “help” and that’s just what this AI-powered interactive smart chatbot does.

Auxilium was developed using artificial intelligence and machine learning capabilities. Thanks to natural language processing, Auxilium understands the user’s intent and context of questions. It then provides clear answers and support in a conversational easy-to-understand manner. It also understands cultural and idiomatic expression in 55 languages and counting including:

Because it was developed using Amazon Web Services Technologies, Auxilium is scalable on demand. If usage spikes, the system can support hundreds of thousands of simultaneous users.

HIT Venture’s clients have reported that in typical implementations of Auxilium, they have seen up to 75% of incoming questions being answered directly, with the balance being forwarded to the help desk team for triage. Correspondingly, staff workloads have dropped by as much as 75%, allowing workers to focus more of their time on strategic tasks.

This solution can be acquired under multiple task areas through the NITAAC CIO-SP3 Small Business IT services and solutions Government-Wide Acquisition Contract.

NITAAC provides any Department of Defense, intel or federal agency with Best in Class Government-wide Acquisition Contracts to meet virtually every IT need. The NITAAC pool of pre-qualified Contract Holders have assisted over 64 federal departments with their information technology efforts. To learn more view our Contract Holder Capabilities page. 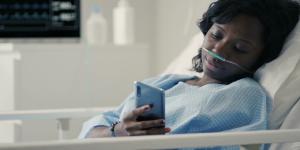 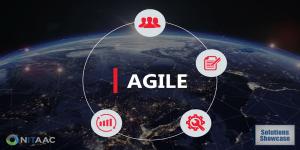 October 21, 2021 Agile IT Solutions Optimizes Agency Performance and Integration at an Enterprise Scale 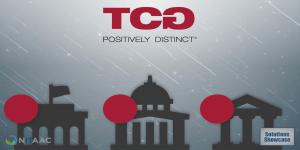